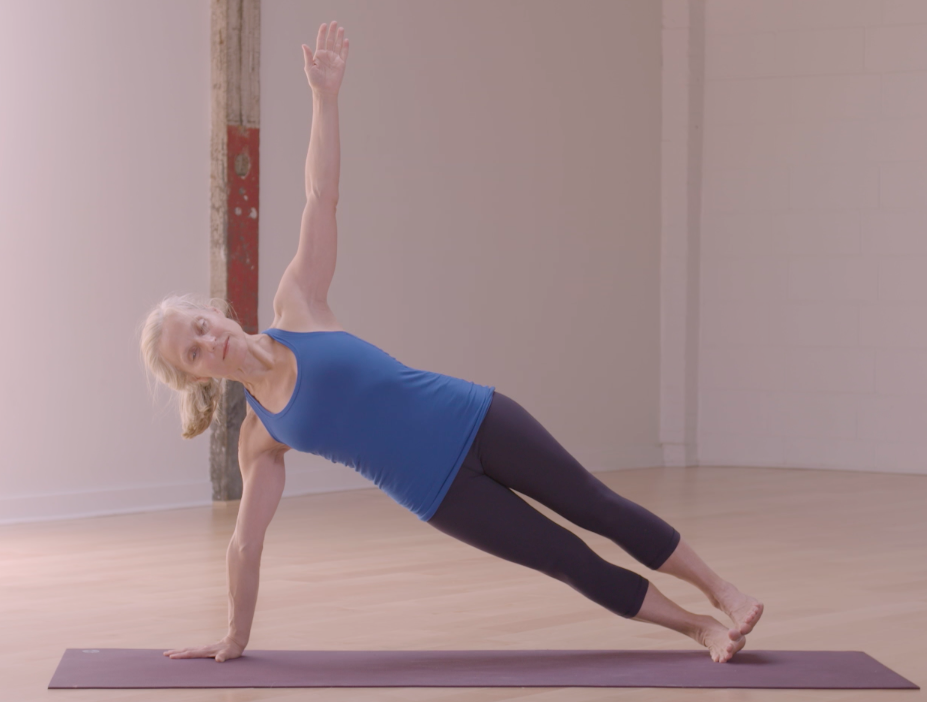 The American Academy of Orthopaedic Surgeons considers a spinal curve of 25-40 degrees enough to require treatment, and 45 – 50 degrees a reason for surgical correction. For unknown reasons, scoliosis is most frequently encountered in adolescent girls: Adolescent Idiopathic Scoliosis.  Adults may also acquire scoliosis, termed Degenerative Scoliosis.  A difficult surgery is sometimes recommended for them, or uncomfortable and embarrassing bracing.  Whether  in a young person or not, scoliosis can be simple or complex, comprising one curve, known as a “C curve, ” two curves, or “S curve or “reverse-S curve”, or even more curves.

In the late 1980s I began to think about how yoga could help those with scoliosis avoid the awful operation or the onerous bracing often worn 23 hours a day for several years of these girls’ adolescence and early teen life. This is the time when their bodies are changing, their interest in social life and romance is beginning, and their peer-group affiliations are changing from their parents to their friends.  Surgery that incapacitates them, or braces that often cause them to stand apart from their group are mutually harmful for their development as competent and confident adults.  Alternatives would be welcome. Incredibly I came up with some ideas for ways yoga could employ muscles that would help correct both simple and complex spinal curves. I did a small trial to test my theory that the Side Plank yoga pose, done for a short time every day for a few months, could markedly reduce scoliosis curves.  We explained what we were doing, and why, and took X-rays before starting the side plank, and again approximately 6 months later.

Spending no more than 2-3 minutes a day, this method reduced the curves of young girls and boys by an average of 49.6% in 6.8 months.  Adults saw an average reduction of 34% in the same time frame.  We were all gratified and delighted with the results, and published them in a peer reviewed journal a few months later.

Our work was picked up in the lay press, and after a small article in the Wall Street Journal, we have now seen over 300 patients of all ages and many types of curves.  We have also developed further means of treating the condition – each requiring holding a yoga pose considerably less than two minutes.  We have followed as many of these patients as possible, and found the method works in almost every case, provided no structural abnormalities are present.  Over 90% of patients have no such abnormalities.

The results of the work were so encouraging that I am continuing to study the possibilities of yoga for both simple and complex spinal scoliosis.

We are continuing the research.  Those interested need to submit to us two scoliosis X-rays, one of which was done within 6 months of their joining the study.  The only other requirement is to learn the appropriate poses, and perform them for as long as possible at least once every day for 6 months.  After seeing your X-rays, Dr. Fishman will be able to determine which poses are the right ones for you, and help you learn to do them correctly.

The entire article can be seen HERE:

Two other articles have been published more recently